As you may be aware, Strong Customer Authentication (SCA) will be in effect as 14th September 2019, across the European Economic Area (EEA). Below you will find many of the frequently asked questions regarding: Strong Customer Authentication, PSD2 and 3D Secure V2, to help you through the transition and enable you to better understand what it means. 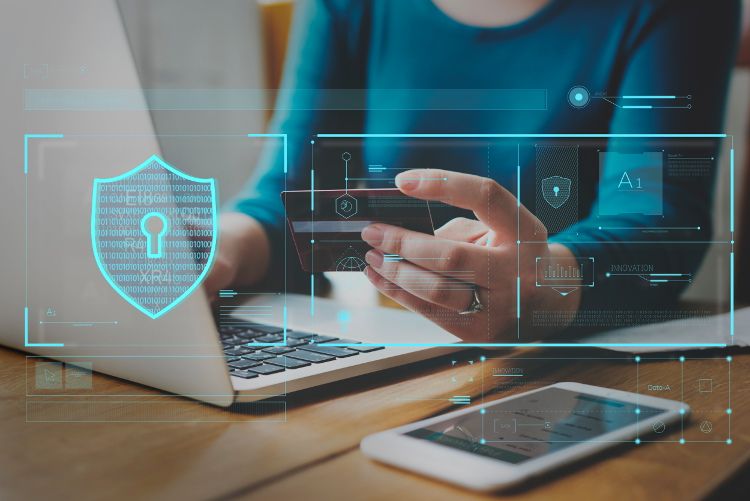 The second European Payment Services Directive (PSD2) is a European directive which came into force across the European Economic Area (EEA) on January 13, 2018. PSD2 was established to established to drive payments innovation and data security by reducing competitive barriers, mandating new security processes and encouraging standardized technology to protect the confidentiality and integrity of payment service users’ personalized security credentials.


WHAT IS STRONG CUSTOMER AUTHENTICATION (SCA)?

The security measures defined around SCA introduce requirements that issuers and acquirers must observe when they process payments or provide payment-related services.

In general terms, card issuers will be obliged to perform an SCA check for every electronic payments transaction above €30 that does not meet specified exemption criteria. The SCA check requires authentication using two of the following three factors:


IS THERE ANY FLEXIBILITY ON THE SEPTEMBER 14, 2019 DEADLINE?

In response to uncertainty and unreadiness of merchants to meet the September 14, 2019 secure customer authentication (SCA) deadline, the European Banking Authority (EBA) have issued this opinion paper.

The EBA concludes that The National Competent Authority (NCA) of each European country may "provide limited additional time" for issuers, acquirers and merchants to migrate to SCA-compliant solutions. Key markets including France and Italy have already implemented a grace period, with other key markets likely to follow.

However, the EBA opinion does not specify what form this migration plan should take. Furthermore, the delegation of this responsibility to each region’s NCA is likely to result in a 4 divergent European regulatory environment that poses challenges to organizations operating internationally.

In light of this, Quaife supports the recommendation of The European Association of Payment Service Providers for Merchants (EPSM). The EPSM have proposed that extended timeframes should be harmonised across all regions affected by this regulation. Mastercard have similarly called on NCAs to agree on ‘collective migration plans [based on] a harmonized European roadmap.’

Until confirmation has been received, on the process merchants should follow to request an extension, customers are still recommended to work towards meeting SCA requirements in advance of September 14, 2019.


WHEN IS SCA CHECK REQUIRED AND WHAT ARE THE EXEMPTIONS?

SCA checks are mandated for every electronic payment over €30 – and for those under €30 where either there have been five previous transactions on the same card without SCA being applied or the card has accumulated transactions totaling more than €100 without an SCA check being applied.

Transactions out of scope for SCA include:


While card issuers can try to reduce the number of cases in which SCA is required, there is no way to prevent it fully. In cases where SCA is required but does not take place, the issuer has to soft decline the authorization request.

Transactions that are in scope may be rendered exempt from SCA if the cardholder has applied to have the merchant with which they are transacting whitelisted with their bank (card issuer), and the bank has agreed. Under PSD2, individual cardholders may ask their issuers to “whitelist” merchants they use regularly — but the decision will ultimately be at the bank’s discretion — and will depend on the level of fraud exposure the bank has experienced with the chosen merchant.

Issuers and acquirers may also render a transaction that is under €500 exempt if they have demonstrably low levels of fraud. This requires that transaction risk analysis (TRA) is in place and fraud is kept below set exemption threshold values (ETV).

It is expected that issuers will apply the TRA exemption as much as possible to reduce the friction and frequency of SCA that their cardholders will encounter during remote purchases. In some cases, issuers may request SCA even if the acquirer has implemented an exemption — if they are suspicious about the transaction.

Only issuers and acquirers can exempt a transaction from SCA. There are exemption flags in 3DS for a merchant to request an exemption.

Merchants are encouraged to continue screening their transactions in order to keep their fraud rate low. This means that the acquirer, who is responsible for fraud scoring across the breadth of their merchant base, can grant TRA exemptions to merchants who are effectively managing their fraud levels.


WHAT HAPPENS WITH FRAUD LIABILITY IN THE CASE OF EXEMPTIONS?


SHOULD SCA BE APPLIED FOR ONE-LEG OUT OR RECURRING TRANSACTIONS?

One-leg-out transactions are those where either the issuer or the acquirer are located outside the European Economic Area (EEA). While these transactions are out of scope for SCA, it is expected that SCA should be applied on a ‘best effort’ basis.


IS THERE ANY EFFECT TO CARD-PRESENT (CP) TRANSACTIONS?

While the majority of requirements around SCA relate to card-not-present (CNP) transactions, SCA will also be required for some card-present (CP) contactless payments based on value and velocity. Contactless transactions are exempt from SCA if they meet the following conditions:

A majority of cards currently in circulation were not implemented with these velocity limits, which is expected to be rectified in the device implementation.

3D Secure V2 is the latest version of the 3D Secure protocol. 3D Secure V2 includes several key changes to the handling of card-not-present payments. Critically, these changes ensure the protocol is fully in line with the PSD2 regulatory technical standards around SCA, which come into 6 effect on September 14, 2019. Furthermore, the updated protocol is designed to help streamline the customer journey by reducing or removing points of friction, ultimately improving checkout conversion rates as well as reducing fraud.


WHAT ARE THE BENEFITS OF 3D SECURE V2 COMPARED TO PREVIOUS VERSIONS?

There are several benefits to merchants, issuers and shoppers as a result of 3D Secure V2. Broadly, the changes ensure a streamlined customer journey with fewer friction points to reduce the high rate of shopping cart abandonment from 3D Secure V2. These enhancements include:

WHAT ARE "FRICTIONLESS FLOW" and "CHALLENGE FLOW"?

In the authentication phase, the 3DS server sends information about the cardholder to the directory server. It is then forwarded on to the correct access control server, which performs a risk check to determine next steps.

If risk is determined to be low, the payment continues with no further interaction between the issuer and cardholder. This is frictionless flow.

Quaife.net will continue to support 3-D Secure V1 alongside V2, until further notice from card schemes on timings for deprecation of the older version.

The payments ecosystem is currently adapting to the latest version (2.2), which includes support for exemptions for additional types of frictionless authentication. This includes acquirer-side transactional risk assessment, low-value transactions and whitelisting of merchants. Current plans for future versions include further enhancements to transaction risk assessment and support for devices other than web browsers and mobile devices.

It is important to differentiate between two types of merchant IDs:

IS AN UPGRADE TO 3D SECURE V2 REQUIRED, AND IF SO, WHEN BY?

Customers in Europe are strongly recommended to migrate to 3-D Secure V2 by September 14, 2019, when the PSD2 regulatory technical standards on SCA are scheduled to come into effect. Note that Mastercard have indicated that payments processed by 3-D Secure V1 remain compliant with the "letter of the law" of SCA. However, 3-D Secure V2 is recommended to ensure full "operational readiness" by "[unlocking] full use of exemptions".

Transactions in the EEA that do not meet SCA requirements (those that do not pass through 3-D Secure or equivalent authentication) are liable to be declined by the issuer after this date.

Rest of the World

Mastercard and Visa have mandated issuers to adopt 3-D Secure V2. Mastercard imposed a mandate deadline of April 1, 2019 for issuers globally to adapt to the new protocol. Visa have provided the following mandate schedule:

Quaife.net are currently working to ensure readiness for 3-D Secure V2 across our affected card-not-present solutions.

Quaife.net is currently working to update those connectors that require (including all major European acquirers) in order to ensure preparedness for the European SCA deadline of September 14, 2019.

For customers integrated via COPYandPAY, the upgrade will be very simple. The COPYandPAY widget is updated to be able to handle the front-end interaction between the cardholder and the issuer. Customers will simply need to ensure they are sending the mandatory billing/customer fields, set the MPI type in the BIP interface and configure the merchant account. The look and feel of COPYandPAY will not change from the current version.

Customers integrated via Server to Server will need to be prepared to collect and send additional data fields to be used for risk-based authentication. The following information will need to be sent:

HTML that should be rendered on the merchant’s website (either in a lightbox or iFrame) where the user interaction with the access control server (ACS) will happen. The requirements from EMVCo are the following: